So memory is the place where the data is stored. As we’ve seen in the chapter Central Processing Unit, data could be anything: variable, image, instruction, etc. In the memory, there is nothing that explains what type of data is stored at any location. There is nothing that explains where the data start and where it ends. Most data type doesn’t have delimiter that tells “you reach the end of the variable”. So that means if you pick data at a random address in the memory, you shouldn’t be able to tell whether this value is meant to be an integer, an instruction or a string. Stored data only makes sense when manipulated by instructions.

The translation between a code written in programming language, such as C, and machine instructions is done by a compiler. Once the code compiled, you get one (or more) object(s). An object on its own cannot do much; the operating system doesn’t know what to do with it. That’s why after compilation, the linker will put the objects together and generates a binary application packed in a specific file format so that whenever you run the file (double-click on the icon or execute in a terminal), the operating system knows how to load the program in memory and where to start (first instruction).

The two most known application formats are ELF (Executable and Linkable Format) for Linux application and PE (Portable Executable) for Windows application. ELF and PE formats are different but still share common main features. The loading process of an application is quite similar from Windows to Linux, therefore, this course will stay generic and give an overview of the process in general.

The executable (ELF or PE file) contains (among others) the following parts:

Program can be compiled with static libraries or dynamic/shared libraries. Shared library means the code of imported functions reside in different libraries/files (as we’ve seen with the import table). Whilst static library means the actual code of imported functions is copied in the program itself so that the program doesn’t rely on different libraries/files (the import table is thus empty). [4]

Once the memory allocated, the OS (actually the dynamic linker) will map the binary application in memory according to its mapping table then load the libraries. Once done, the execution of the program starts at the entry point.

We only kept the main steps relevant for this course. The process has been simplified and some steps are missing [6].

The command readelf allows you to parse and extract information from the ELF file. The entry point of the application ls can be found with the following command:

The sections mapping table can be listed with the following command:

In this example, once the dynamic linker has allocated the 4G of virtual memory, the section .text of /bin/ls will be copied at the address 0x08049df0.

I personally prefer this representation (lowest at the top) because later when using debuggers, memory areas are usually represented in that order.

Those diagrams represent the layout for 32-bit Linux application. The main difference with 32-bit Windows application is the repartition between kernel-land (2GB) and user-land (2GB).

Operating systems are responsible to manage privileges. For instance, as a normal user, you should not be able to access the files on the desktop of other users. But what if you create an application where the instructions tell the CPU to open and edit a file that you don’t have read/write permissions on it, how is the CPU supposed to know whether to execute the instruction or not?

All operations that requires privileges (on the operating system level) has to go through a system callsuch as open, read or write. Whenever a system call is executed, a software interrupt/exception (SWI) is triggered, which redirect the execution flow to a routine that check the initial system call and its parameter and switch from user-land to kernel-land and start executing kernel instructions on behalf of user process [7].

The stack is a region in memory where data is added or removed in a last-in-first-out (LIFO) manner. This area of memory is typically used to store:

In order to have a better understanding of the stack, here is an example. Let’s consider the following C code:

This code is a simple multiplier that only uses addition as mathematical operation.

We will see more examples with the stack in the chapter assembly.

The heap is a region in memory where dynamically allocated variables are stored. Variables are areas in memory that are allocated to store their contents. There are three ways to allocate memory for a variable:

Automatic memory allocation doesn’t need to take place in the stack, but this is the most seen method.

Being able to dynamically allocated memory can be useful in many cases:

Four functions are used to manage the memory in the heap:

Operating systems comes with libraries that contains a large list of native functions you can directly call, such as pow, printf, scanf or fopen. Built-in OS libraries are meant to facilitate the development of applications by providing functions doing basic/essential functionalities (although sometimes complex to implement [10]) like reading user input from the terminal with scanf. Developers can also write their own library. Let say they created a function that can be re-used in other programs, they can compile/link the function in a separated file (library) and import that library in the program that uses functions from it.

In Linux C, there are two types of libraries:

A shared library used by multiple applications means the library is loaded only once in the physical RAM but used in multiple applications and thus in multiple virtual memories at the exact same virtual address. This means the memory location of a shared address is not hardcoded in the binary since before the application is running, there is no way to predict where the memory will be loaded since it depends on where it has been loaded at the first time in a different application. Since the address of the library is unknown during compile/link time, how does the application find the location of imported functions?

If we compile with gcc, then use the command ldd to print the shared object dependencies, we can see that the shared libc library has been linked:

More information about the compiler in chapter lab

Although the libc library is meant to be used as a dynamically linked shared object library, it is possible to add it directly in the final binary application as a static library by using the option -staticwith gcc:

However, the application hello_static will be much bigger since the library will be copied in the program: hello is 7,2K and hello_static is 712K

Unused functions won’t be added in the program

The list does not only contains exported functions but all exported symbols, which also includes exported variables.

While we can easily get the offset, the location of libc.so.6 (and shared library in general) in memory is only known at runtime. This means the linker at compile time doesn’t know the exact address of libc and thus the address of printf. Instead, the linker redirects the printf call to the dynamic linker runtime resolver (i.e. _dl_runtime_resolve) function. The resolver takes two arguments: (1) a pointer to a structure containing dynamic linkage information (including the address of libc in memory) and (2) an index in the relocation entry table rel.plt. The table can be listed with readelf:

The reason why the application resolves addresses from shared library upon the first call instead of resolving and patching everything at once when the application is loaded is because it might be too time-consuming. Some application can contain a lot of reference to shared libraries. So much that it would take considerably more time to start[12].

As mentioned earlier in the sub-chapter ELF/PE file, an application can have many sections, the most known being: .text, .data, and .bss. The size of those segments are determined by the size of the values in the program’s source code and does not change at run time.

The .data section contains any global or static variables which have a pre-defined value and can be modified. That is any variables that are not defined within a function (and thus can be accessed from anywhere) or are defined in a function but are defined as static so they retain their address across subsequent calls. Examples, in C, include:

The values for these variables are initially stored within the read-only memory (typically within .text) and are copied into the .data section during the start-up routine of the program.

The .bss section is usually adjacent to the data segment. It contains all global variables and static variables that are initialized to zero or do not have explicit initialization in the source code. For instance, a variable defined as static int i; would be contained in the BSS segment.

The .data and .bss sections are read-write since the values of variables can be altered at run time. This is in contrast to the read-only data segment (.rodata), which contains static constants rather than variables[13].

The .text section contains the translation of the source code in machine instructions. Those instructions are sent and executed by the CPU. Those instructions consist of moving data, redirect the execution flow and execute mathematical and logical operations. There is a quite large set of instructions (around 1500 [14]) available for the i386 architecture. Fortunately, the 20 most used instructions make 90% of an application, so if learn those 20 instructions, you should be able to read most of the code.

Registers are small memory locations built into the CPU, which increase the read/write access speed (typically within 1 CPU clock [15]). Since this course cover 32-bit architectures only, registers are also 32-bit long.

Most instructions executed by the CPU involve (at least) one register as operand. Besides the advantageous fast access to register, the design of the machine language does not allow memory-to-memory operations [16]. So this means if we want to add two values stored in memory, we won't tell the CPU:

Instead, we will tell the CPU:

The instruction add always saves the result in the first operand (i.e. memory location at 0x11223344), so we will have to tell the CPU:

We could also move both values in registers and execute the addition, but this would require one additional instruction.

32-bit architectures have the following registers:

The purpose of the first four registers (AX, CX, DX and BX) can be interchangeable. Even SI and DI can be used for a different purpose. These are guidelines, but if BX is used as a loop counter, the code will still work fine.

All registers can be accessed in 16-bit and 32-bit modes. In 16-bit mode, the register is identified by its two-letter abbreviation from the list above. In 32-bit mode, this two-letter abbreviation is prefixed with an E (extended). For example, EAX is the accumulator register as a 32-bit value. It is also possible to address the first four registers (AX, CX, DX and BX) in their size of 16-bit as two 8-bit halves. The least significant byte (LSB), or low half, is identified by replacing the X with an L. The most significant byte (MSB), or high half, uses an H instead. For example, CL is the least-significant bits (LSB) of the counter register (CX), whereas CH is its most-significant bits (MSB). [17].

The I​nstruction P​ointer (EIP) register contains the address of the next instruction to be executed (unless the execution is redirected by the current instruction). The register EIP cannot be read directly through an instruction.

Res flags are reserved for future use.

The most important flags relevant for this course are:

Remember the ALU in chapter CPU? Well, CF, PF, ZF, SF and OF are part of the status output. 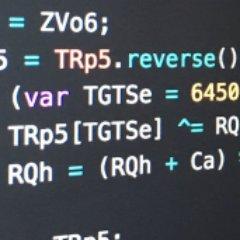